How Text To Speech Technology Help People With Disabilities

Speech is defined as the power of speaking or usage of speech sound to convey your thoughts. Unlike writing, speaking comes to an individual naturally. Unfortunately, not everyone is blessed with this ability. Some are born speech impaired, and some experience loss of voice later in life. The advancement of technology allows these speech-impaired individuals to express their thoughts openly using an assistive device such as Text-to-speech technology. This assistive device aids an individual in communicating with someone who does not know how to use sign language. This application converts texts to an audio file and it allows individuals to type out the message that he/she wants to convey and have the device read it aloud. The invention of these applications and tools helps those with difficulty in communicating efficiently without spending on expensive specialized equipment.

Computers and other electronic tools cannot only have the capability to convert spoken words into text, but they can as well read text aloud. The advancement of technology today can support people with vision and speech impairment, also those with learning disabilities in so many ways. For instance, if students have difficulty understanding words on a computer screen, they can utilize a software program or useful hardware device to convert text into discernible audible words.

A text to speech engine detects sound waves generated by a human voice and turns them into language data. This method is called automatic speech recognition (ASR). Before it can ingest anything with stated data but, it must infer meaning from those messages. This process is called the natural-language generation (NLG). Artificial intelligence has grown the capacity to develop original, inventive responses to the audio data it intakes. They’re not just clutching prescripted words. They’re arranging so after being equipped with vast volumes of human speech, movie subtitles and site posts, and such. They’re absorbing the behavior of how people interact and the kinds of objects a person might respond to after a person communicates.

After a text to speech engine has made the text, it plans to convert to speech; they produce the sounds expected for articulation. This step of the method includes converting language characteristics into phonemes or different sounds. To accomplish this, the text to speech engine must recognize the sentence’s context to ascertain the proper tense.

Providing Convenience To Those With Medical Conditions

In various capacities, text to speech is being utilized as an assistive technology to make the world more accessible when speaking and listening. Here are the main approaches that people with medical conditions are using text to speech technology:

For People With Visual Impairment

An estimate of two hundred eighty-five million people worldwide has some visual impairment, 39 million of whom are blind. Text to speech technology empowers those who cannot read from a screen to access written content by hearing it. If a person doesn’t have any form of visual impairment, reading for lengthened periods of time can still produce significant visual stress. In such situations, text-to-speech technology is an important tool that contributes to readers a respite from gazing at a screen without interrupting to contract with the textual material.

For People With Learning Disabilities

When you’re distributing written content designed for as extensive an audience as potential, applying the text to speech technology is one tactic to further make it more available for those apportioning with several types of learning disabilities. Covering about 750 million youth and adults worldwide who lack reading skills or having illiteracy concerns. Between 15-20% of the worldwide population has a language-based learning incapacity, dyslexia is the most common.

Even for those who can get a part of your content, reading everything conveniently may still be a problem. Giving your audience the possibility to hear any part of your content read distinctly makes it more manageable for people across a wide variety of literacy levels to enter. Applications such as auto blog readers can provide the necessary help for this kind of incapacities and can make you reach more audience.

For People With Medical Conditions Affecting Their Voice

Text to speech technology can better accommodate a voice for those who have a speech impairment or encounter a medical state that has affected their capacity to speak. One in ten people deals with an acquired speech impairment because of some illnesses like ALS, strokes, Parkinson’s, and brain injuries. Acquired speech impairments can involve the lack of one’s capability to speak collectively. People are considering their voices like their identity, as distinct to them as their fingerprints. In current years, innovative forms of text-to-speech technology have been advanced to recreate the sound of a human’s voice from before the time when they were diagnosed. 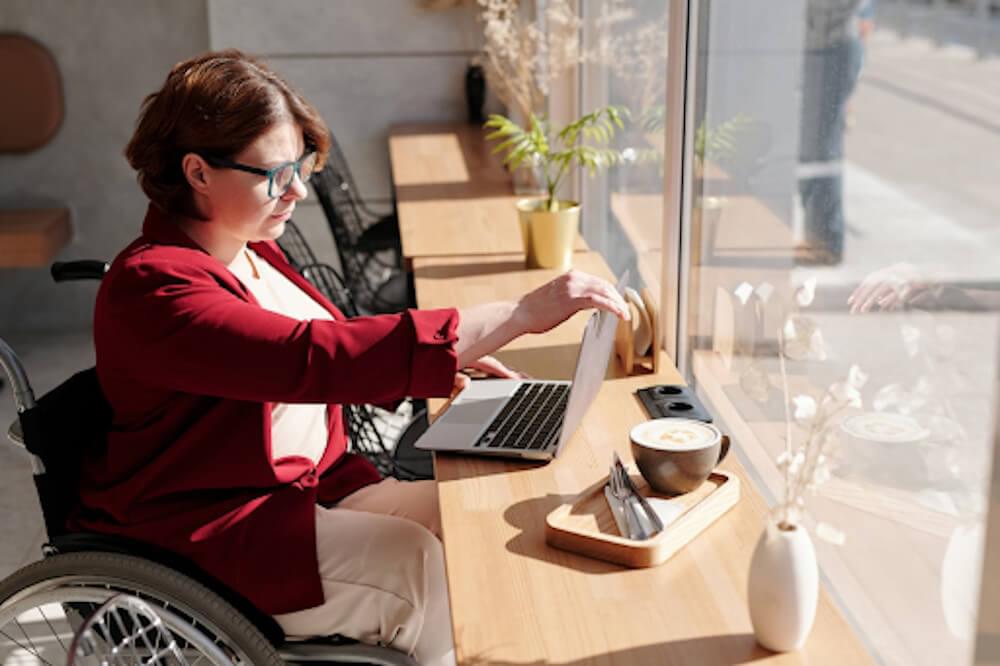 The Different Types Of Text To Speech Solution

Those individuals with critical vision complications may have difficulty managing their computers and launching applications like text-to-speech devices. Windows arrives with a free speech recognition application that allows you to guide your computer utilizing your voice. Directly launch the application by the Ease of Access app in the Control Panel and heed the instructions that assist you in setting it up.

Windows has a program termed Narrator that reads the onscreen writing utilizing a computerized voice. Users are just required to run the program by clicking the Windows Start button, typing “Narrator” in the search box, and then ticking the Narrator icon. When the Narrator opens, you can manage the application by using shortcut keys. These keys assist you in reading a paragraph, document, or everything in the window. The Narrator will also read pop-up windows that include informative notes.

Third-party applications like the NaturalReader and Verbose also benefit people with incapacities to hear the text that emerges on the computer screen. Several third-party text-to-speech programs incorporate high-level skills like converting speech into MP3 files and providing users a selection of speaking voices. More expensive apps like the JAWS convert text to speech, but they have added features that you may not require. JAWS, for instance, can convert text into Braille alongside speaking with it.

People, especially those with vision disabilities, can also enjoy their favorite articles or blog sites. The advancement of technology has already provided this opportunity with intelligent minds to formulate and devise plugins that everybody can use directly on their content management systems like WordPress. Such an exceptional auto blog or article reader plugin is WebsiteVoice. It has the ability to read your favorite topics for you clearly and accurately. The voice does not have a robotic expression, but it perfectly delivers words naturally, like a genuine human voice with a friendly tone.

Additionally, here are some Text-to-speech application that can be used by individuals who have speech impairment:

This app is designed to generate voice to someone who cannot communicate verbally. This app is only useful for individuals with good cognitive abilities since it works by using smart word prediction technology. After using this app for an extended period of time, this application programs itself according to your data and will offer predictive messages that you might use in your sentence. It even allows pre programmed messages for the efficient construction of messages. With the use of ModelTAlker, users can use their own synthesized voice to communicate while using this app or choose between the 36 iOS voices. This application is also compatible and accessible via Bluetooth switchback, and it only needs wifi for updating. This application allows its user to save phrases on the phrase bank for quick access during simultaneous conversations. This application has received numerous awards for its intelligent word prediction that makes it possible for simultaneous communication, plus it can also be personalized. This application is available on the app store and google play with a price between $158.44 -$159.99.

RogerVoice is an application that uses text-call technology that allows individuals with disabilities to communicate with others. By using voice-recognition technology, this application allows a real-time captioning of the corresponding spoken words, and automated voice synthesis will generate an audio response from your written messages. An internet connection is needed for this app to work, and it only allows VoIP-out calls. Furthermore, with this application, you can save and reread all of your calls. You can download this app for free on the google play store, and on the app store, it will only charge you for your call time.

This application provides an augmentative and alternative communication feature designed for persons with speech impairment. It will speak for you just by clicking the buttons. The users will be able to speak their needs towards their family, nurses, physicians, and anyone around them. It allows them to express their needs resulting in better communication. This app is designed for those who are unable to produce understandable natural speech on their own, and it is often seen being used in hospital settings. This app is available on the app store, and googles play for a price of $21.99-$26.99.

This app is advanced text-to-speech software that is designed to read articles, documents, and books aloud. Voice Dream can personalize according to the reading style and level of the user. It is able to support documents such as pdf, plain text, MS words, audiobooks, and the like. You can purchase this app for only $14.99 on the App store and $9.99 on the google play store. 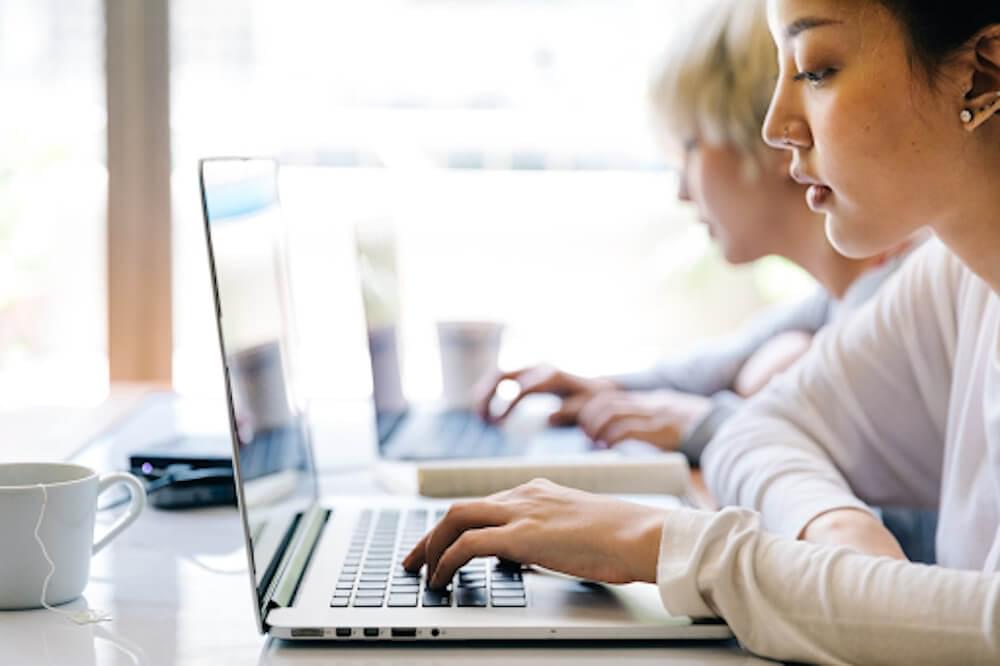 Text to speech technology and speech synthesis are just among the most cutting-edge approaches that artificial intelligence has created possible. Beyond simply providing an individual to input text to be interpreted by a computer, voice computing allows completely original synthetic voices to come into reality. These voices enable people to retrieve a voice that they have lost, engage in more genuine communications with computers, and transform any language text into natural-sounding speech. To produce a bespoke synthetic voice, you must start with the human voice. When you generate a new voice, whether, for a brand or a person, you will require access to various voices, including actors of different ages, and speak different languages with different accents.

The technology has advanced and benefited the world, enabling those with disabilities to manage to live normally by providing supportive applications and tools that they can utilize. Through these innovations, learning and comprehending are possible that can be accessed efficiently.